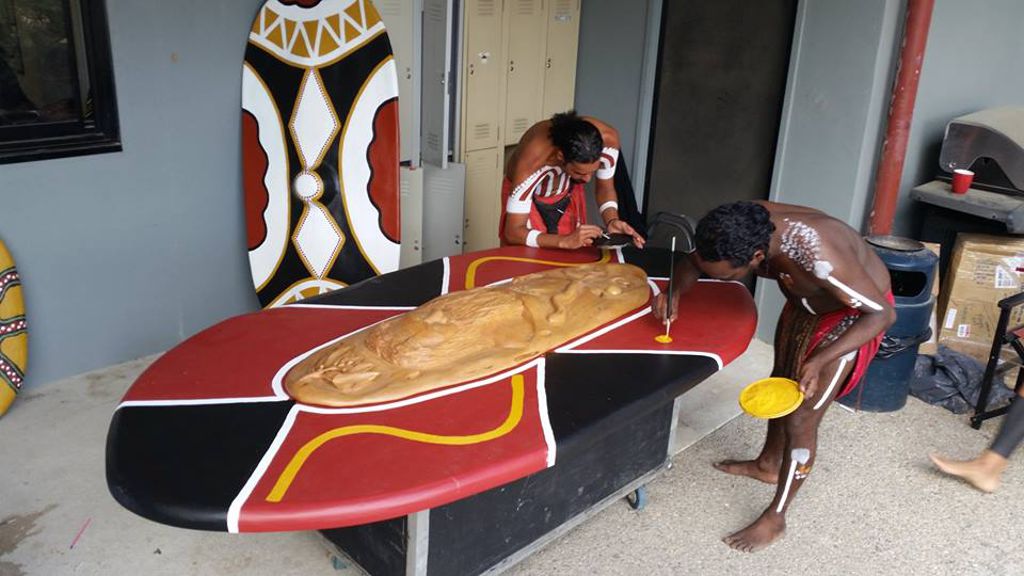 The shield was originally used as an instrument of defense serving as protection against traditional weapons such as the spear, sword, and was also used in ceremonies and dance.

Shield shapes differ depending on the Australian Indigenous groups and areas in which they lived. Shields of Djabuganydji (Djabugay) and other local rainforest tribes in Far North Queensland - Australia, were kidney shaped which is unique to the rainforest people. However many shields throughout Australia had shared features like a handle carved into the back of the shield and a section of extra wood on the front, adjacent, to protect the hand.

Shields were made from buttress roots of certain species of fig trees, where the wood is dense, ensuring the strength and agility of the shields. Shields were then decorated according to ritual.

An Aboriginal man was presented with his first shield following his initiation and it was at this time that he, along with an elder, painted his totem (Bulurru) onto the shield.