It is with great regret we announce that the Tjapukai Aboriginal Cultural Park (Tjapukai) will not be reopening.

The future of the site will be determined by the Traditional Owners. 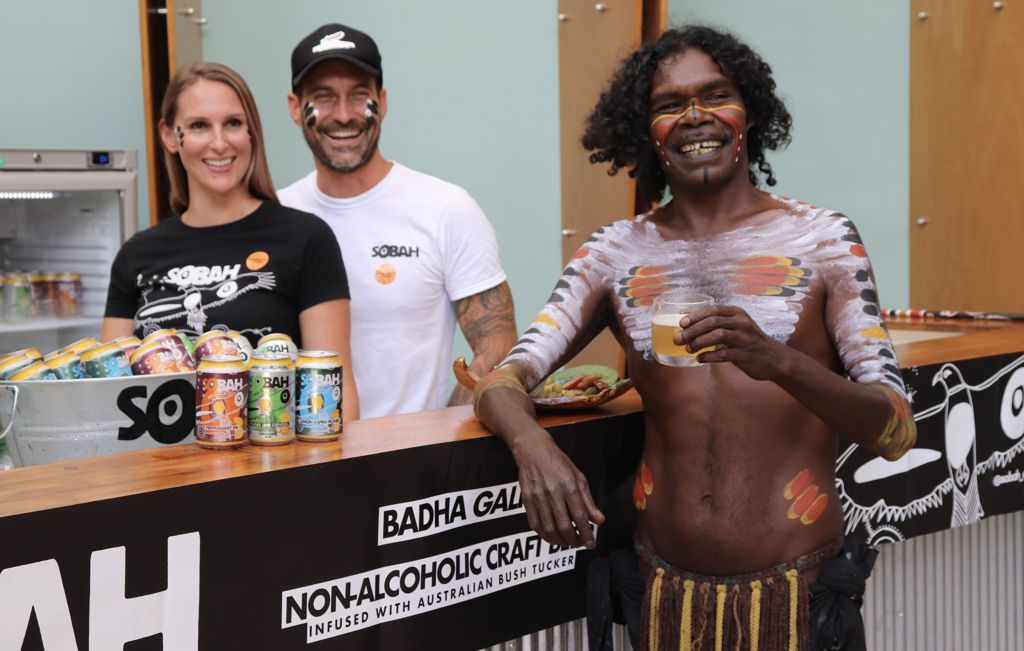 General Manager Shirley Hollingsworth said the three beers were flavoured with native ingredients that also featured on the Tjapukai menu.

“They pair beautifully with Tjapukai’s lunch and dinner dishes, whether it is bush-spiced fried cuttlefish, marinated crocodile skewers or beef cooked in the bayngga, our traditional underground oven,” she said.

“Importantly, Sobah is made by an Aboriginal-owned business as Tjapukai strives to use Indigenous- made products and produce wherever possible.

“We are proud to promote Sobah and help spread the message that alcohol does not have to be a part of socialising.”

Psychologist Clinton Schultz, a Gamilaroi man, developed the beers after he chose to give up drinking alcohol and became frustrated with the lack of non-alcoholic adult drinks.

“My young son had urged me to give up the ‘silly drink’ and I felt hypocritical drinking as I was working in drug and alcohol rehabilitation,” he said.

“I still enjoyed the taste of beer and wanted an adult-tasting drink when I went to the pub with mates so started brewing my own.

“Non-alcoholic beverages are the fastest growing area in the adult drinks sector, making it exciting times.”

Gomeroi artist Jason Passfield’s art features on the can which was designed by Aboriginal-led design company Relative Creative.