Join the Tjapukai warriors to learn about Aboriginal weapons and hunting tools.

Enter the world of Aboriginal men’s lore, which carries the responsibility of strict clan discipline and tribal warfare. Learn about the traditional Aboriginal weapons and hunting tools used for hunting including the unique uses for a variety of different shaped boomerangs.

The cross boomerang and the return boomerangs were used for hunting flocks of birds, the club boomerang was used to deliver the final blow to a large animal such as a kangaroo.

The wagay or sword was useful for clearing grass or in tribal warfare, and the shield is unique to this region.

Spears are made from long saplings which can be bent over a flame to straighten it. They can be short or long with the rainforest people using shorter spears so they would not get entangled in the forest. Fishing spears have four or five prongs which are held in place with resin from trees and tied with sinew from a kangaroo or with bush string.

When you visit Tjapukai you’ll be able to touch and feel these real hunting tools and weapons, and watch a demonstration led by Aboriginal people on how these tools were used to gather food and defend their tribe from warfare. 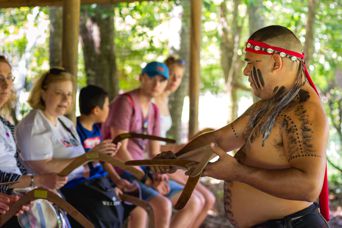 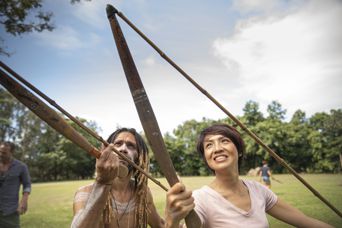 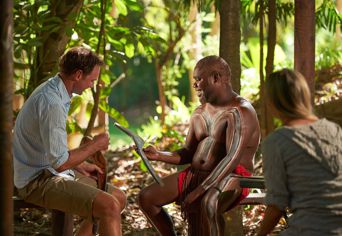 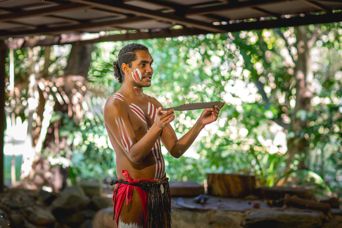